Quote taken from: Walter Hilton,  Scale of Perfection, I, xvi.

State legislatures have continued to reject bills that would ban Sexual Orientation Change Effort (SOCE) therapy for minors. Their decisions rest on the evidence. Ego-dystonic, same-sex attracted individuals can finally overcome their unresolved issues and lead happy, heterosexual lives. Except for the legislators of New Jersey and California, who hastily voted after have been given false, misleading, and/or unsubstantiated allegations about the harm of this type of counseling, the legislators of Virginia, Washington, Maryland, Minnesota, Illinois (and perhaps more as I write this) voted to reject these bills only after hearing and considering the testimonies of reoriented men and women who bravely shared their sexual reorientation journeys.

The terms ‘syntonic’ and ‘dystonic’ are used by psychologists to describe many conditions relating to a client’s perceptions of themselves. It has nothing to do with being ‘homophobic,’ a semantically convenient, culturally accepted label that is misapplied to individuals who are seeking counseling to reclaim their inherent sexuality. We would not call someone who turns to food as a way of dealing with unresolved anger and anxiety ‘fatphobic.” This client wants help with food. An ego-dystonic homosexual wants help with his relationships with same-sex peers. 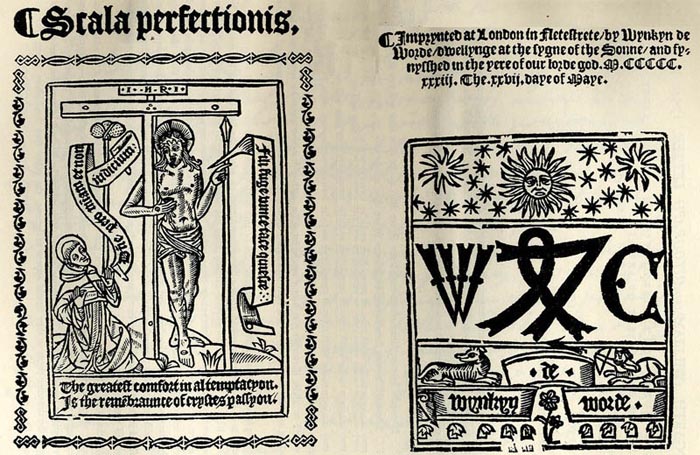 Which brings us to Walter Hilton (d. 1396).  His oft cited observance: “He jests at scars who never felt a wound,” may very well describe the basis for ego-syntonic homosexuals’ negative reactions to legislator’s decisions to continue to allow SOCE therapy for minors. It also may be the basis for the extreme hate-filled attacks being made on successfully reoriented men and women.

It is the contention of many who have become re-oriented that while they were in their gay lifestyles, at least for some of the time, “they never felt a wound.” For a time, they were indeed “gay” [read blissfully happy].  At that time in their lives, they could easily jest at the so-called mental “scars” of their former brethren (re-oriented homosexuals) who did feel the mental wounds of their pasts.

In C. S. Lewis’s book, The Problem of Pain, R. Havard, M.D. offers these notes in the Appendix:

“Mental pain is less dramatic than physical pain, but it is more common and also more hard to bear.  The frequent attempt to conceal mental pain increases the burden:  it is easier to say ‘My tooth is aching’ than to say “My heart is broken’.  Yet if the cause is accepted and faced, the conflict will strengthen and purify the character and in time the pain will usually pass.  Sometimes, however, it persists and the effect is devastating; if the cause is not faced or not recognized, it produces the dreary state of the chronic neurotic.  But some by heroism overcome even chronic mental pain…  Pain provides an opportunity for heroism; the opportunity is seized with surprising frequency.”

Re-oriented men and women have been able to say, “My heart is broken.”  They have worked through their pain, mustered the courage to develop non-sexualized, same-sex peer friendships and developmentally evolved into their innate genders. They are the heroes of today; they have seized the opportunity to heal; they have transformed themselves. Despite these triumphs, however, and quite ironically, they are now the newest victims of abuse.

Psychologists have long confirmed that bullies were often the victims of bullying themselves.  We understand only too well that gays have borne the bulk of bullying, and we at Voice of the Voiceless (VoV) feel outrage every time we hear of anyone bashing gays. Yet, now that gays are finally being given protection under the law, they have turned their own anger from having been bullied and are now bullying, of all people, former homosexuals.

We at VoV love all homosexuals. Why?  Everyone at VoV were or have children, family, or friends who are/were homosexuals. Why would we ever want anyone to hurt someone who experiences what we have experienced? Why would we want anyone to continue hurting our children?  We decry anyone subjecting homosexuals to anything but love. We must, however, hold everyone, including gays, to the same level of tolerance, acceptance and respect for ex-gays. We at VoV also deserve the same level of respect afforded to everyone else. We do invite all homosexuals (ego-dystonic and ego-syntonic, alike) to share their thoughts, feelings and ideas in a respectful dialogue or debate.  If we must disagree, we can do so without being disagreeable, let alone hate-filled.  Let’s not attack the man or the woman. Together, let’s look at the substantiated evidence.

Out of love, we also ask anyone who is ego-dystonic about their homosexuality: “Have you ever felt a wound?  More particularly, have you ever felt a wound of the heart? Were you ever hurt through emotional or physical neglect, rejection, or a lack of normal, physical closeness by a same sex parent? Were you ever sexually assaulted by someone who stole your innocence as a child?  Were you ever rejected by same-sex peers? Have you allowed yourself to work with someone who can help you understand why you are searching to heal that childhood wound in the arms of a same-sex individual?  Have you ever asked yourself if a childhood wound can be healed with sex?” Perhaps the hardest question of all is, “Have you buried wounds from the past instead of dealing with them?”

If you still think you were “born this way,” please read “Out of the Desert,” by clicking here.