This week, Cheryl Wetzstein of The Washington Times reported that as many as nine state legislatures across the country have rejected bans on Sexual Orientation Change Effort (SOCE) therapy for minors. I was quoted in the article as saying:

Christopher Doyle, a licensed clinical professional counselor who supports sexual orientation change efforts, said the bills were losing because of a coordinated effort by ex-gays to introduce themselves to lawmakers and talk up the potential benefits of the practice. Ex-gays are explaining what the therapy is and why it is a positive experience, said Mr. Doyle, president of Voice of the Voiceless and a former homosexual. They are also arguing that there can’t be a scientific basis for the claim that the therapy is harmful to children since “there is actually not one study” on sexual orientation change efforts and the impact on minors, Mr. Doyle said. These discussions have “created doubt about the legitimacy of these bills” among lawmakers.

We have been following this legislation for quite some time, and were involved in the defeat of bills in Virginia, Maryland, Washington, Minnesota, and Illinois. But recently, we learned that a few other states have quietly dismissed these measures as well, including Hawaii, Wisconsin, and Rhode Island. Of course, the mainstream media won’t report this news; you’ll only hear about it on this website. 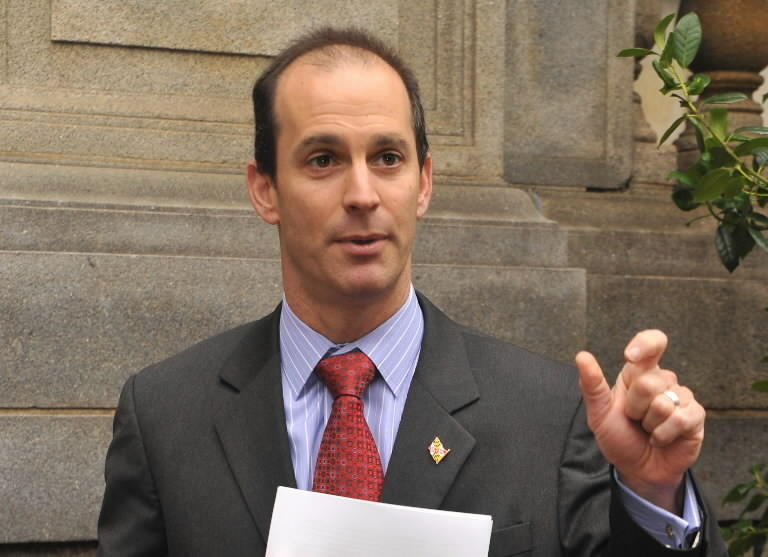 Delegate Jon Cardin’s HB 91 failed to get a hearing in the House of Delegates and was withdrawn in Maryland.

Click here to see a summary of legislation introduced and its progress, prepared by Jews Offering New Alternatives to Healing (JONAH).

In Hawaii, the bill was “deferred” by the committee, ultimately causing it to die in this year’s session. In an e-mail from the Hawaii Family Forum, the organization commented: “We truly believe that the law would violate the patient-physician relationship and the counselor’s freedom of speech. And of course, prevent parents and children from getting the help they deem most appropriate against unwanted same-sex attractions.”

In Wisconsin, SB481 “failed to pass pursuant to Joint Senate Resolution 1.” It appears this bill did not have bi-partisan support, and failed to even get a hearing in the Senate. A similar fate happened in Rhode Island, where S2510 was “held for further study” on March 18; study committees are essentially where bills go to be put on life support until there is enough support in a later session to resurrect them.

Meanwhile, thanks to efforts from Equality And Justice For All, the bill in Pennsylvania has little chance of getting a hearing and out of committee, and in Ohio, a similar fate will likely befall SB 188. That leaves Massachusetts, Vermont, Florida, Washington, DC and New York, whose authors recently announced a public forum to be held on May 15 supporting S.4917- B/A.6983. However, according to our sources in New York, this bill is not going anywhere this session, and the hearing is likely an attempt to gain positive public relations.

In Washington, DC it’s an election year for the City Council and Mayor, so we doubt there will be any movement on any controversial legislation. We are also certain that the bill in Florida will not gain any traction due its conservative legislature, which leaves only Vermont, which is a big question mark, and Massachusetts, which according to MassResistance Executive Director Brian Camenker, “has now gone out of the Health Care Financing committee and is about to go to the Steering Policy and Scheduling committee, which schedules (legislation) to go to the House floor” for a vote.

If you are interested in helping us stop this legislation in Massachusetts or one of the remaining states where a bill is pending, please contact us immediately so we can put you into contact with Equality And Justice For All, who is spearheading the lobbying efforts against this destructive legislation.

Christopher Doyle is the President of Voice of the Voiceless. For more information, visit: www.VoiceoftheVoiceless.info