LGBTscience.com Reveals Just How Desperate Anti-Ex-Gay Activists Are to Hide the Truth About Homosexuality

Friday the 5th of December 2013 marked a new low in the pursuit of scientific research on LGBT issues. Wayne “It’s OK to Have Sex with AIDS-Infected Partners” Besen, the founder and creator of the hilariously named hate group Truth Wins Out, announced yet another creative effort to promote “scientifically proven truth” concerning LGBT issues. His new website, LGBTscience.com, also touts the “harmful” and “unscientific” nature of reparative therapies. Reparative therapies, also termed Sexual Orientation Change Effort (SOCE) therapy, is available for minors and adults who believe that, for them, homosexuality is not naturally inborn and that true change in sexuality is possible. 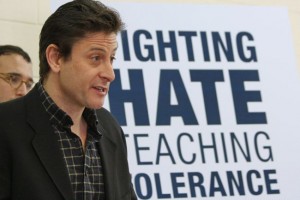 At face value, this is a laudable move for Mr. Besen. It is respectable that Mr. Besen has stated his efforts to present scientific evidence of LGBT and Reparative Therapy issues as he stated in his blog and in www.lgbtscience.com. Championing valid scientific research in the field of sexuality has been a major goal of psychologists for many years. The largest professional organization that promotes and reports on the scientific, evidenced-based issues of homosexuality and change is NARTH, the National Association for the Research and Therapy for Homosexuality.

Within their website and during their yearly conventions, expert psychologists and therapists consistently promote and encourage sound research practices in the study of homosexual issues. These professionals strive to fulfill the fundamental principle of demonstrating unbiased research. Every true scientist knows that truth in research is best achieved through the ability of the researcher to be open to whatever results are discovered through evidence-based studies. NARTH seeks to remain open-minded to any result of homosexual research as long as it maintains ethical and sound practices.

Considering Mr. Besen’s stated efforts, it is astonishing that he and his researchers offer only one point of view on their new website. They appear to have made a common error seen in many overly biased research efforts. They only consider and promote research that concludes that sexuality is naturally inborn and unchangeable. Besen and his colleagues never once consider an opposite point of view, or the thoughts, beliefs, and feelings of ex-gay clients who have written many authentic testimonies of actual therapeutic change, not do they acknowledge the 100 years of scientific research that shows that some men and women do experience change, and that efforts to help them do not invariably result in harm.

Besen and his “researchers” violate one of the most fundamental and sacrosanct standards of truth in scientific research; the open-minded consideration of all sides of an issue and consideration of all applicable past and current evidence. In fact, they discount and condemn all research that does not align with their pre-existing conclusions. A credible researcher would equally consider both sides of an issue without forcing the goals of their agenda onto the scientific community or the public in order to arrive at preconceived conclusion.

I cannot help but be reminded of similar scientific errors within one of the world’s most prestigious professional organizations. The methods of LGBTscience.com represent exactly the kind of scientific performance that has become common within the American Psychological Association (APA).

The APA entered into a scientific blunder several years ago when attempting to consider evidence of the efficacy of sexual orientation change efforts (SOCE). In their 2009 Task Force Report on SOCE, the APA selected task force committee members to evaluate all the research on SOCE over the past five decades. Every single one of these selected task force members were gay, (with the possible exception of one who is non the less a gay-affirmative therapist). By any scientific standard of sound research practices, this conscious disallowance of any committee member holding an opposite viewpoint represents gross bias, especially when considering such a significant and complex issue as sexuality. When this kind of research and reporting takes place, scientists become politicians with an agenda, and the science becomes mythology.

Can you imagine a committee of degreed scientific researchers who were selected to determine if cigarette smoking is injurious to the health of human beings…who were all smokers (extremely biased research was indeed promoted by the big cigarette companies in the 1960’s.)? Who would not agree that this was a dangerous and scientifically flawed study? Who would not agree that this kind of research and conclusions have no true credibility?

With this kind of research promoted by LGBTscience.com, I would suggest another name that might be more appropriate. How about LGBTpolitics.com, or LGBTagenda.com, or LGBTBelieveEverythingThatWeConcludeOrElseYou’reAHatefulBigot.com? Then again, we all make mistakes. I must admit something. I am completely biased for unbiased research.