Today, Voice of the Voiceless applauded the Virginia General Assembly for rejecting HB 1135, which would take away the rights of parents and their minor children to seek out counseling from a licensed mental health provider to overcome unwanted same-sex attraction (SSA). The bill was rejected with a vote of 4-1 and failed to get out of committee.

“This is a huge victory for the children of Virginia, especially those who have been sexually abused and seek help from a licensed mental health practitioner to resolve unwanted same-sex attractions that may have resulted from molestation,” commented Christopher Doyle, licensed clinical professional counselor and President of Voice of the Voiceless. “We are urging delegates in the state of Maryland to follow Virginia’s lead and also reject House Bill 91, which would ban minors in the state of Maryland from seeing a licensed mental health practitioner to resolve trauma that results in unwanted SSA, even if that minor voluntarily sought out the counseling.”

House Bill 91 states that Maryland has a compelling interest in protecting the physical and psychological well being of minors and should protect them against exposure to serious harm caused by sexual orientation change efforts (SOCE), yet, there is not one single peer-reviewed scientific study that has researched the outcomes of minors that have undergone SOCE therapy. On the contrary, a groundbreaking new book by Dr. James Phelan entitled “Successful Outcomes of Sexual Orientation Change Effort Therapy: An Annotated Bibliography” cites 100 years of scientific research documenting success and showing that therapy has helped some clients resolve their unwanted SSA and experience heterosexual attractions.

“This legislation makes unfounded claims that SOCE therapy is harmful and ineffective, while ignoring the reality that some minors who develop homosexual feelings have already been harmed by sexual abuse and will be unable to pursue help to overcome sexual confusion that may result from that molestation,” commented Doyle. “Children who have been molested and are confused about their sexual orientation as a result of the abuse will be denied access to therapy simply because it is not gay-affirming. In effect, a child will be raped twice – first by the perpetrator and then again by HB 91, which will prohibit the child from seeing a therapist to help them heal trauma and resolve unwanted SSA.” 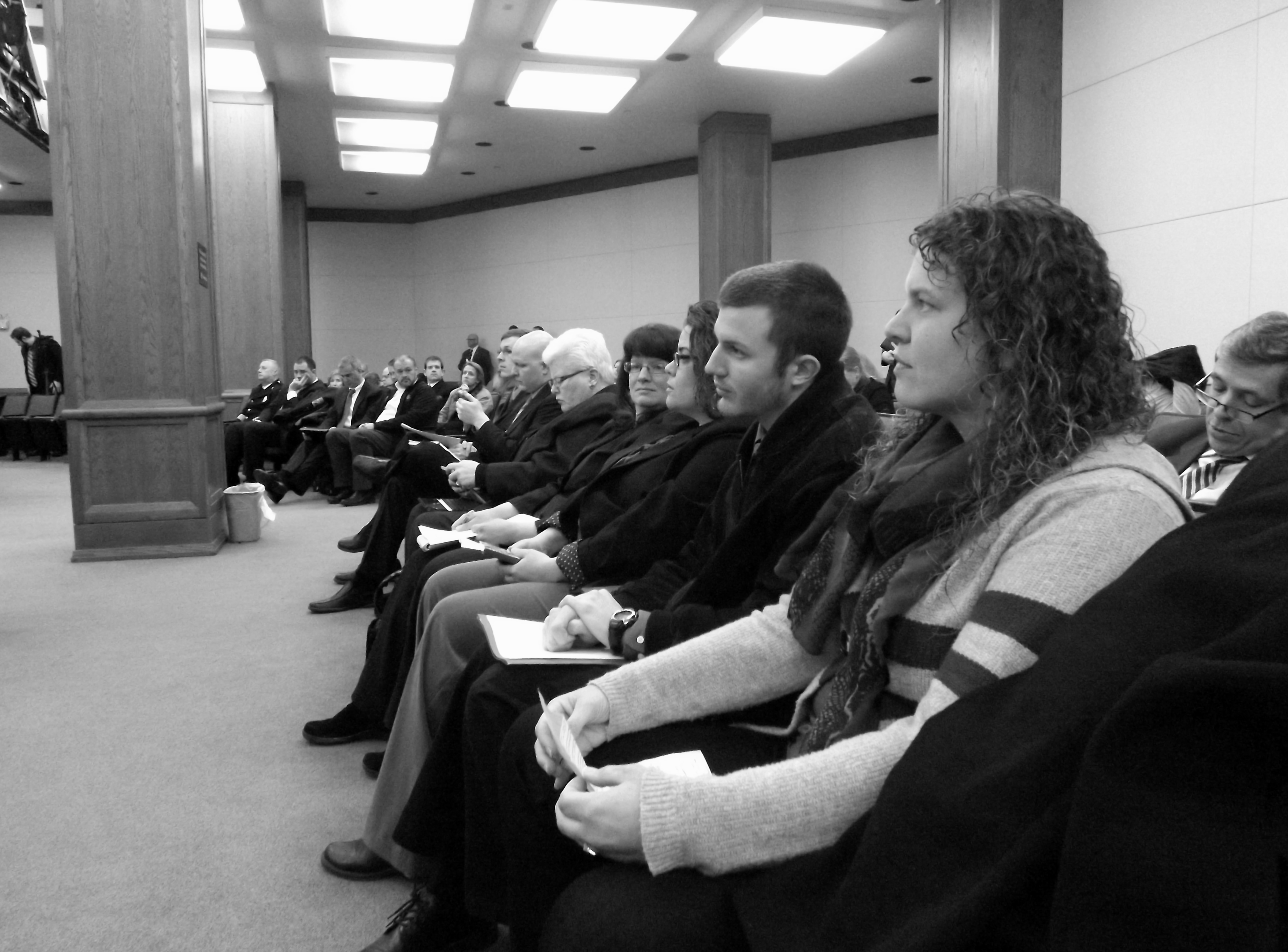 Christopher Doyle sitting next to several gay activists who testified in favor of HB 1135 in Richmond, VA

House Bill 91 relies exclusively on policy statements from so-called “mainstream” mental and medical health organizations such as the American Psychological Association (APA), who formed a Task Force in 2009 made up exclusively of gay-identified and gay-affirming psychologists. Not only did the Task Force refuse to include psychologists and licensed psychotherapists that worked with clients undergoing SOCE therapy and/or were former homosexuals, but all members of this Task Force had previously gone on the record as opposing SOCE therapy for philosophical and political reasons.

The APA Task Force report advised parents to avoid SOCE therapy for their children, and House Bill 91 chose only to include the APA and other so-called “mainstream” mental and medical health associations’ opinions, while ignoring the recommendations from the American Association of Christian Counselors, National Association of Research and Therapy of Homosexuality, Catholic Medical Association, and the American College of Pediatricians, all who support a client’s right to resolve unwanted SSA and for parents to decide what medical and mental health treatment is best for their family and children. Collectively, these organizations comprise over 50,000 licensed mental and medical health practitioners, but have been completely marginalized by House Bill 91.“What the APA Task Force report actually said was that there is inadequate research to make conclusions on the efficacy and safety of SOCE therapy,” commented Doyle. “Bill 91’s interpretation of the APA report’s conclusions is inaccurate, and we are calling on the APA to correct those inaccuracies, as it states in their own 2002 Code of Conduct: ‘When its research is misinterpreted or misquoted, it (APA) should take reasonable steps to correct the misinterpretation’.”

“House Bill 91 threatens clients’ constitutional rights of life, liberty, and the pursuit of happiness and their first amendment rights to see a counselor who helps them resolve unwanted SSA while remaining faithful to their deeply held spiritual beliefs. All parents, children, and families in Maryland deserve the right to pursue their own self-determination and should not be forced to choose between their counselor and their faith values,” commented Doyle. “We are urging Maryland delegates to put the rights of innocent children, who do not have a voice, over this politically motivated legislation.”