Germany is one of many countries with heated discussions about the nature and need for sex-education programs.

Since the late 60s (“Sexual Education Atlas”) there have been differences between more liberal circles who were in favor of state-organized sex-education and more conservative ones that opposed it.

In 2004 the administrative court of Hamburg decided it is illegal if Muslim children abstain from sex education during biology classes.

The European Court of Justice for Human Rights declared in 2011 that school children may not abstain from state-organized sexual education.

It is not uncommon that both teachers and children to get their information from gay sources and/or organizations. The existence of ex-gay organizations is usually ignored.

One of the concerns of parents regarding the sex education programs in schools is the premature sexualization of their children. 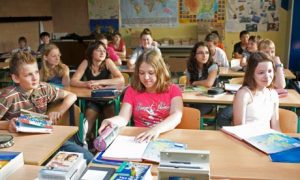 In Baden-Württemberg, one of Germany’s states, there will now be a teaching program on homosexuality, bi-sexuality, trans- and inter-sexuality, although its not binding yet. One teacher started an online petition against that kind of gay-friendly curriculum. So far more than 192,000 people signed it. In reaction to that two opposing petitions were done with 221,000 signatures.

Which right weighs more: The right of the parents to educate their children or the right of the state expressed in compulsory school attendance? At what age and how should children be confronted with sex? How can schools be a safe haven against early sexualization?

Then there is “gender mainstreaming” – which does not simply guarantee the individual and equal rights of men and women, but dissolves the traditional gender roles (the physical and unchangeable sex) into “gender” (a term influenced by personal preferences, society, worldview and politics and thus open for change).

Back in 1968 the idea was that the state should only take over when the parents failed in their sex education duties. In the following years there were a number of court cases, which rejected the view that sex education has nothing to do in schools. Today, Germany is said to have one of the best sex education programs in Europe. Does it really?

The state forces its legal rights on parents if they don’t obey. On the other hand there are parents who delegate the sex education to the schools so they don’t have to deal with it anymore.

Concerns regarding lessons that deal with gender mainstreaming and “homosexuality” are being brushed aside. However, a basic understanding of what a man and woman are all about is crucial for the kids’ adult lives.

Will early and detailed confrontations with subjects like “homosexuality”, bisexuality, trans- and intersexuality “turn our kids gay”? Gay groups are quick to say they don’t “make” somebody gay who is not already like that and that nobody comes out in school as being “gay” just because of those lessons. That is a little simplistic though. The sexual development of children in school is not finished yet. Of course you can’t just “turn” them “gay” like that. But if you continue to rub under their noses how natural and wonderful a gay life is, some might want to know more about it – with consequences for their future lives. I had been in the gay scene for many years myself and I am absolutely sure that if the parents and the authorities in charge knew about what’s really going on there, they would stop asking gay groups for information right now. If this kind of life were so “normal” and “natural” and “beautiful”, how come that this tiny percentage of the population has such a high percentage of STD’s? The sexual acts that are seen as “normal” in the gay scene are way beyond what you might even imagine. Do you really want to confront your children with the normalcy of that at an early age?

Nice-sounding terms like “sexual diversity” are neither neutral nor do they portray the facts accurately. It is not like it doesn’t matter which way you go as all is good and fine. Each way has its consequences. If you open that door where do you close it? What about pedophiles and zoophiles? Gays would cry out in rage now, but will not logic lead some to include other groups too?

In 2013 the European Parliament rejected a “package to improve sexual health.” As consequence there is still no duty for the member states to implement sexual education in schools. A couple of months ago the highest court in Croatia forbade sex education in school because it violates the parents’ basic right of educating their children.

One of the arguments for the need for sex education in schools is the high number of suicides of kids with same-sex attractions who suffer from “homophobia”. This argument sounds reasonable at first, but fails at a second look. The factors that contribute to a suicide are many and you cannot simply blame somebody or something as the single cause. To use those suicides as a political argument is morally and scientifically inacceptable. Besides many people with same-sex attractions also suffer from mental disorders, so it is extremely hard to tell what finally lead some to commit such a tragic act. Yes, school kids need to learn about how to respect, tolerate and love other people. What you cannot do in there is put them in groups and give some of them extra tolerance & respect.

What usually goes along with “neutral” programs in school that include gay groups is that the kids are also told, “being gay” is “normal.” School children are being indoctrinated at an early age to accept a worldview they might have not accepted had you confronted them as mature persons.

Sadly though LGBT and other activists that not so long ago demanded tolerance for themselves are not so tolerant now when it comes to worldviews opposing their own: Several manifestations of concerned Christian parents in Baden-Württemberg against their sex ed curriculum were seriously attacked by left wing activists in March 2014. Parents were shocked both by the hatred of those activists and by the passivity of the local police.

Why is that pro-gay education so dangerous?

Aside from the points already mentioned there are some other issues to keep in mind. Changes in society usually come in a political or legal way. Laws, however, can be overturned. The changes that go way deeper and cannot be changed easily are the changes in what people believe in. Such changes we are dealing with when it comes to “homosexuality”.

Marshall Kirk and Erastes Pill wrote in 1987 in an article of a Guide magazine entitled “The Overhauling of Straight America” that the American public needs to be desensitized regarding “gays” and “gay rights”. In their view, pro-gay campaigns needed to “1. Talk about gays and gayness as loudly and as often as possible; 2. Portray gays as victims, not as aggressive challengers; 3. Give protectors a just cause; 4. Make gays look good; 5. Make the victimizers look bad; 6. Solicit funds.” (Marshall K. Kirk and Erastes Pill, “The Overhauling of Straight America,” Guide magazine, 1987)

Why make them look like victims? Because then political and society leaders will see the need for new laws and policies. Example: Non-discrimination laws based on sexual orientation.

“Make gays look good:” Gays are being shown as nice people like you and me and those who are against embracing a gay life are the evil ones. Needless to mention that only certain type of gays are being portrayed there. Real gays as you find them in the gay scene are not helpful for that agenda.

So let’s focus on talking about gays and gayness as loudly and as often as possible through popular media and in school.

Sometimes the parents don’t even know what their children are exposed to in school. There are projects like “Diversity Days” celebrating the normalcy of sexual orientations and acts other than heterosexuality as sustained by traditional Christian values. If you take your kids out of school during those lessons and events, you might face criminal charges.

Portraying “homosexuals” as victims works just fine too – both in the media and in the schools. One of the arguments that gay activists use is that “research proves” something. People tend to believe that without verifying its background. Just present statistics and trust that people will not bother finding out if they are true –and if so, what they actually say.

Facts that you can verify: The emotional, physical, spiritual, emotional and sociological consequences of a gay life. What the gay activists teach our children – directly or via curricula they helped pushing through – is a society where everything changes so nothing really matters anymore.

If we let it happen that traditional Christian family values are being eliminated and replaced by an agenda where (almost) everything goes, we will face huge and long-term consequences for society as a whole. A society where moral relativism reigns cannot survive. We owe our kids a solid education that helps them find their role in a society that honors God. If we want the best for our children, we need to act.

Robert Gollwitzer lives and work in Munich, Germany. Mr. Gollwitzer spent many years in the local gay scene which involved many sexual relationships and experiences with men. In 2004, after having hit rock bottom, he happened to find out about “ex-gay ministries” – something that was completely foreign to him. He enrolled in an online program for Homosexuals Anonymous, and since that time, experienced a spiritual awakening that had ramifications for his entire life. Shortly after, he founded Jason, an international Christian ex-gay ministry affiliated with Homosexuals Anonymous and  started serving with Homosexuals Anonymous while completing a theological program and professional training to become a licensed Christian counselor. Robert believes: “If the Lord can pull me out of the mud and touch other people’s lives and hearts through me, He certainly can do the same for you as well!”