Christian Pastor James Domen alleges video-sharing platform Vimeo censored his non-profit for sharing videos, one of which was about how he left homosexuality. Domen is trying to get his case heard by the Supreme Court because he believes he should have the right to speak openly without being “eliminated” from public discourse. 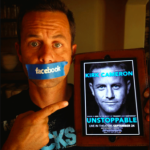