A common trope heard is that LGBTQ rights are necessary to prevent suicide, or that laws called ‘conversion therapy bans’ must be passed to prevent talk therapy and pastoral care (‘conversion therapy’) which is supposedly leading the LGBTQ identified individual to suicide.

SAFE-T is the broad, professional term for any type of change therapy that is conducted by licensed, trained professional therapists.

In the current politicized climate concerning professional therapies that allow sexual attraction fluidity exploration (SAFE-T), meaningful dialogue between psychotherapists who support and oppose change oriented goals is quite rare. Also rare is a meaningful and fair dialog concerning homosexuality and change between professional media, social media, court justices, politicians, educators, and people of faith. Ethics and unbiased principles of communication are essential to the growing diversity of those in disagreement on these issues.

But is talk therapy or pastoral care really leading them to suicide? Sexual Orientation Change Efforts (SOCE) is what talk therapy and pastoral care are categorized as when someone seeks help to align their orientation to their faith, or in an attempt to explore their heterosexual potential while being homosexually attracted.

Voice of the Voiceless provides a lot of research to support our position. Visit the report titled “The American Psychological Association and the Deceptive Science on Homosexuality: A Comprehensive Review of the Evidence” here https://apareport.voiceofthevoiceless.info or on our page https://www.voiceofthevoiceless.info/the-report. Also be sure to visit https://www.therapyequality.org for a lot of helpful information about the harms of conversion therapy, testimonies, and letters to government leaders.

The most quoted research comes from the LGBTQ Lobby ally Williams Institute of Berkley. A research arm of the LGBTQ lobby. Their research apparently supports the idea that most LGBTQ identified individuals that have done SOCE also experienced suicide thoughts. However, their report is intentionally misleading and promoting their suicide narrative by conflating the facts. They conflated anyone who had tried SOCE with anyone who ever had suicidal thoughts. I use the word conflate because in reality those people who had thoughts of suicide BEFORE SOCE were also included! Logically someone isn’t suicidal from an event they hadn’t yet experienced, yet that is how the data was grouped and reported on to create the suicide narrative.

When the data is analyzed honestly to account for WHEN suicidal thoughts and SOCE occurred, removing those who were suicidal BEFORE SOCE, unsurprisingly, the data showed that SOCE actually helped lower suicidal thoughts among the LGBTQ identified in the report.

The truth is out there. The LGBTQ lobby has built a house of cards around this ‘conversion therapy’ and suicide narrative. We just have to seek the truth and speak the truth.

YouTube video https://www.youtube.com/watch?v=sxb2RoAZAw0
Professor Paul Sullins takes an honest review of the LGBTQ data and concludes SOCE is not harmful.

Watch this before the LGBTQ lobby demands YouTube take it down.

Special thanks to IFTCC for hosting this conference and bringin Professor Paul Sullins to the forefront of this topic. Without your work the world wouldn’t know the truth!

Professor Paul Sullins has also provided his research which can be viewed here:

For more information about “Conversion Therapy” check out their special reporting.

The trick of the harm narrative in “conversion therapy bans” is correlation of suicidal indicators and SOCE, but that’s not causation. SOCE that happens AFTER ideas or thoughts or desires of suicide is not the cause of them. And now the data, when honestly interpreted, shows SOCE helps, not harms. But do people have the nerves to seek truth that goes against popular culture? 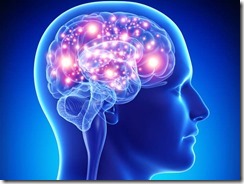