“I was raped by my best friend when I was 13.”
Yes America, things like this really do happen to our children. Male adolescents and teenagers actually suffer these life-altering experiences by same-sex friends or perpetrators.

This year in my Los Angeles office, one of my clients, Gregory, revealed the details of this rape when he was 13. You might imagine the horror of this experience, as anyone would. However, it was also very troubling to this young man that even though he had never felt homosexual experiences at any time before this incident, because his sexual abuse involved the stimulation of his erogenous zones, he began to feel homosexual feelings in later years as a direct result of the rape. What should be obvious to even the most callous of people is the fact that this young man needed help with his sexual abuse issues, including help to reduce or eliminate the homosexual feelings that were a consequence of the rape.

You see, the powerful legislators in these states, in order to “protect” minors from “gay conversion therapies,” have begun to pass laws that make it illegal for a child to receive therapeutic assistance to “reduce or eliminate” homosexual feelings (California SB1172, 2013) regardless of the circumstances. 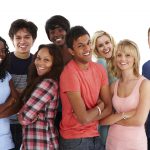 Even though there has not been one complaint filed with the various boards of psychology in these states that claim harm has been experienced through these therapies, the legislatures have pushed these laws through their committees.

Even though the American Psychological Association’s 2009 Task Force Report on these therapies states in their findings that there is no proof of harm, (APA Report, p. 82-83), these states are forcing these laws upon the people in their states no matter the consequences. In attempting to help one group of children these legislators have ensured that great, irreparable harm will come to another group of children.

Now you know only one reason why Voice of the Voiceless has been established and is already making such a profound impact on our society.

Now you know only one reason why this country must have professionals, politicians and laypersons speak up and take action to protect the rights of ex-gays.

We are here to protect the rights of all persons to receive the assistance they need to leave homosexuality. Don’t forget, these are people who truly believe that homosexuality for them does not represent their authentic identity, but instead has a cause and effect nature.

These folks need your help. VOV needs your time and donations to further this cause. Click here to make a generous donation of $25, $50, $100 or more!

You are witnessing large groups of political, professional, and religious people who will stop at nothing to force the gay agenda onto anyone no matter whose rights they violate or who they harm.  Won’t you help them and help us? Write to us. E-mail us. We can tell you exactly how to be a part of this growing movement, and we need your help today!