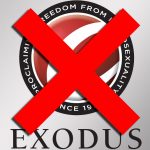 Over the last couple of months, the Christian community has taken two giant steps back with the dissolution of Exodus International, previously the largest Christian ex-gay ministry in the world. Sadly, this has caused a great deal of damage.
To be fair, many in the Christian community have historically misunderstood same-sex attraction (SSA). Instead of recognizing the complexity of homosexuality from a scientific perspective (along with a spiritual view), they have offered simplistic notions of deliverance, with little to no practical solutions for those who struggle with these feelings. Indeed, many Christians, myself included, have failed individuals who experience SSA in some way or another.
About two years ago I offered an apology to members of the homosexual community for insensitive remarks I made in the past. I realized over the years that while I was trying to bring some truth about the consequences of homosexual behavior, I nonetheless wrote a couple of articles and made a few public statements that were not very loving.
Despite my change in heart, I still believe that homosexuality is not in-born, and that for some, including myself, real change is possible. While I believe God can perform miracles and transform anyone He chooses, I know that He equips counselors, therapists, and ministers with the knowledge to help individuals resolve the issues that lead to the development of SSA.
Unfortunately, not everyone who experiences unwanted SSA and seeks change is successful. Because of this reality, it appears that the leadership of Exodus International felt that the best solution was to completely shut down, rather than improve their methodology of helping such individuals resolve their homosexual issues.
In preparation for their closure in late July, the leadership of Exodus embarked on a global apology tour. First, with their President Alan Chambers’ appearance on “Our America” with Lisa Ling to say he’s sorry to several participants who felt they were harmed by the work of Exodus. Next, with several visits to churches and Christian universities across the United States. And most recently, before officially closing their doors, their Vice President offered yet another apology to gays, while at the same time, throwing some ex-gay leaders under the bus.
While I believe the apologies are sincere are well-meaning, some of these statements, specifically their condemnation of the work of ex-gay leaders, both within and outside the Exodus International umbrella, are inappropriate and ill-advised. In short, while attempting to right some wrongs for members of the gay community they hurt, the Exodus leadership is “throwing the baby out with the bathwater” when it comes to ex-gays.
It’s really troubling to see these daggers thrown at the ex-gay community without a proper response. So rather than simply point out the errors in the Exodus leadership, I am going to propose an apology that the now extinct Exodus International Board of Directors should offer to the ex-gay community.
Dear Ex-Gay Community,
We are sorry that the leadership of Exodus International didn’t seek out professional psychotherapy to understand the roots of our homosexual feelings. Instead, we merely repressed our urges and hoped that God would take them away if we prayed hard enough.
We also deeply regret that we didn’t pursue advanced degrees in counseling or psychology so we could truly help others who were struggling with unwanted SSA resolve their issues and experience real change.
Now that we look back at our leadership, relying on clichés, slogans, and simplistic answers to complex sexual orientation issues was not the way to go. Rather than embrace cutting-edge therapeutic techniques that were developed to help individuals heal the wounds that lead to SSA, we are deeply saddened that we attacked our allies in the psychological community, most of who are also people of faith. Out of fear and ignorance, we failed to embrace solutions that could bring about real and lasting change.
We would like to ask for forgiveness for making statements, pronouncement, and judgments on behalf of dozens of Exodus member-ministries across the USA, instead of seeking their feedback and making decisions based on a consensus. In essence, our Board of Directors behaved as an oligarchy instead of a democracy. When the members we ruled over didn’t like our direction, instead of humbly listening to them, we promptly dismissed them, arrogantly condemned them, and swiftly exiled them.
Finally, we are sorry that once we realized we were unable to effectively lead, we did not appoint more qualified individuals to take over Exodus International. Instead, our narcissism allowed us to mistakenly believe that if we couldn’t help individuals who experience SSA pursue heterosexuality, than no one could or should.
How foolish of us to believe that our member ministries would stand aside and allow us to destroy their work and reputations. We are sorry that our bad leadership has fragmented the ex-gay community and caused over half of our member ministries to leave and form the Restored Hope Network. We also regret that this has created a great financial difficulty for our organization and caused many of us unemployment.
Yours truly,
Exodus International Board of Directors
PS: Please forgive Alan Chambers for leaking confidential e-mails of our former colleagues to a homosexual activist website who used it against them. That was really bad!
In summary, because the ex-gay community will never receive this apology from the leadership of Exodus International, I will summarize as to what you can expect from them moving forward.

Christopher Doyle is the President and Co-Founder of Voice of the Voiceless, the only anti-defamation league for former homosexuals, individuals with unwanted same-sex attractions, and their families. For more information,visit: www.VoiceoftheVoiceless.info