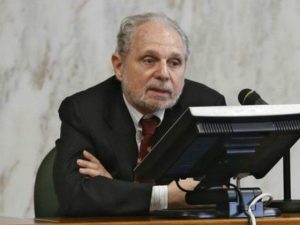 Jersey City, NJ — All his life Arthur Goldberg was a liberal New York Jew, almost stereotypical. He fought for civil rights forAfrican Americans, he fought for better housing for New York’s poor, the whole schmear of respectable liberal causes. And then his son came out as gay and Arthur wanted to help him.

Elaine Berk had the same experience. Also a politically liberal Jew, and then her son came out as gay. She searched everywhere for a Jewish group that might help her help her son. She couldn’t find one but she did find a Christian psychologist who up to then would not help Jews since he believed one needed a belief in Jesus Christ to come out of homosexuality. He connected her with Goldberg and together they founded JONAH.

They like to say that the Old Testament figure Jonah “was the only successful prophet.” All the others failed because no one listened to them. Berk says, “The people listened to Jonah, at least the non-Jews did, and he saved the city of Nineveh.”

When they founded JONAH, neither Goldberg or Berk knew that choice in sexual orientation or choice in psychological counseling would become a third rail in progressive politics. Now they are the target of one of the richest and most powerful left-wing groups in America.

The Southern Poverty Law Center — with $340 in the bank and revenues of $50 million a year — is a group with almost limitless money to spend on litigation and it, along with activist Wayne Besen of a group called Truth Wins Out, have spent millions to put JONAH out of business and to punish Goldberg and Berk for trying to help those with unwanted same-sex attraction.

They have brought a suit in New Jersey Superior Court that charges Goldberg and his colleagues with consumer fraud for telling four young men their same-sex attractions could be changed.

Goldberg and Berk both insist they do not want to change those who do not want changing. They say change does not work on the recalcitrant anyway. In fact, both of their sons remain active in the gay life.

The trial resumes this morning in Hudson County Superior Court. This article was originally published at Breitbart.com