Last week I was interviewed by The Christian Post about Nigeria’s recently enacted law that prohibits same-sex marriage.

Dozens of gay men have reportedly been arrested in Nigeria, where a new law that bans same-sex marriage and makes participation in homosexual organizations illegal under the threat of imprisonment.

I want to be extremely clear that in no way do I condone or encourage the use of punitive measures towards people who are same-sex attracted or identify themselves as gay, lesbian, bisexual, and transgender (LGBT).

In the Christian Post article, I was quoted as saying:

Christopher Doyle, president of Voice of the Voiceless, an advocacy organization that works to support former homosexuals and individuals with unwanted same-sex attraction (SSA), said Tuesday that the law is ‘overly punitive’ and could create an environment of fear instead of one where people struggling with SSA can get help. ‘In that sense it sort of drives the discourse around this issue underground, and I don’t think that’s a good thing,’ said Doyle. He also says Nigeria, Uganda, Russia and India – nations that are taking hardline stances against homosexuality – might be acting in response to what they’re seeing in Western cultures. Gay activism has forced a political correctness on many Western cultures, he says, which prevents those who believe in traditional marriage from sharing their beliefs without repercussions.

Gay activists continue to play the victim card around the world, but their story is getting old. However, the media still plays into their narratives. For example, just this week Bill O’Reilly had Juan Williams and another commentator slam Vladimir Putin’s recent comments, telling gays to “leave the children in peace” when athletes come to Sochi 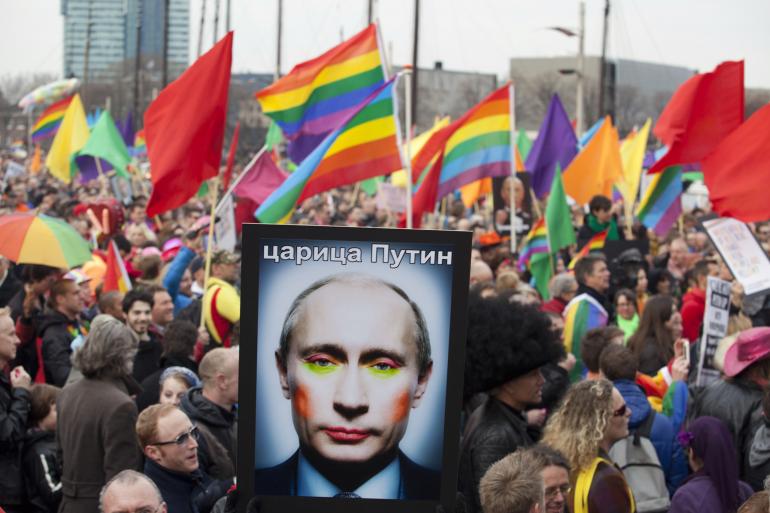 for the Olympic games in February.

O’Reilly and company joked about how un-evolved and ignorant Putin is when it comes to gay rights while condemning the Russian anti-gay propaganda law, which passed in their legislative body 436-0. But in actuality, O’Reilly and just about the entire mainstream media are really the ones who are unable to think critically on this issue.

As I said in The Christian Post article, anti-gay laws in countries like Uganda, Nigeria, India, and Russia are not being created in a vacuum. I would argue that they are also not in direct response to indigenous gay rights movements. These countries are enacting laws as a response to gay activists’ intolerance towards traditional views on marriage and sexuality, and their attempts to silence the speech and beliefs of those who disagree with them. These activists are largely succeeding with their goals in Western countries, and are now importing their Communist strategies into other non-Western countries to achieve global dominance.

Don’t believe me? Take a look at the long list of homofacism that is taking the United States by storm. There are now dozens of documented cases where gay activists have played the victim card to force religious individuals and businesses to violate their conscience rights in the name of “tolerance” and “equality.”

The end result is that the views of gay activists are held to be more important than those who disagree with them. Yes, the old Orwellian theme: “All animals are equal, but some animals are more equal than others” has proven to be true.

Inevitably, at some point in the Olympic games there will be a demonstration of pro-gay solidarity among some athletes, followed by a long lecture from NBC’s Bob Costas about how ignorant and uneducated Russians are, and how inspirational and courageous the gays are for standing up against oppressive laws. But before you buy into this narrative, perhaps you should question whether these laws are the result of anti-gay countries, or gay activist’s intolerance of opposing views and disrespect for the religious values of billions of people around the globe?

One this is for sure, we know the mainstream media won’t ask that question.

1 thought on “Are Anti-Gay Laws Created Because of Anti-Gay Countries?”