Mambaonline marvels over the fact that a “few people attended the rally for former homosexuals in Washington, DC.”

May it be said that even the gay rights movement started with a humble beginning. Christopher Doyle, President and Co-Founder of Voice of the Voiceless is quoted saying:

“July 31, 2013 was a great day for former homosexuals in America! While the turnout was humble, the enthusiasm among those who participated in Ex-Gay Pride was immeasurable. Anti-ex-gay extremists are gleeful that “less than ten people showed up”…actually, by my count, nine former homosexuals (including an ex-transgender) and a half-dozen more allies came out to lobby Congress and show support at the press conference in front of the Supreme Court. While that number may be small, we have to start somewhere.”

“In my view, it is significant in our current anti-ex-gay climate that even ONE former homosexual is willing to share their experience and speak out publicly….  It only takes ONE ex-gay that has changed to put a wrench in the ‘born that way, cannot change’ strategy they [gay activists’] are using to deceive the public. The fact is, these activists cannot handle the existence of ONE person who says they have experienced change from same-sex attraction to opposite sex attraction, much less nine of us telling our stories at one time. So they need to mock, belittle, and downplay the significance of yesterday’s events. That is why there is so much anger. So much intimidation. So much disrespect. So much harassment.”

In South Africa the former homosexual awareness campaign is up and running. What started with a public declaration is now spreading like a wild fire amongst government officials, the South African human rights commission, the Justice Department, the media, gay 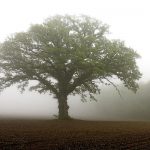 An open letter was also addressed to the honorable Archbishop Desmond Tutu, Constitutional Court Judge Cameron, UN Human Rights Chief Navi Pillay and UN Secretary-General Ban Ki-moon, regarding the global public education campaign to raise awareness and respect for LGBTI equality, they announced in Cape Town, South Africa. It was brought to their attention that it is outright discrimination against former homosexuals to be excluded from this campaign and not to raise awareness and respect for them.

Let it be known, that a mustard seed once germinated becomes a full grown tree.