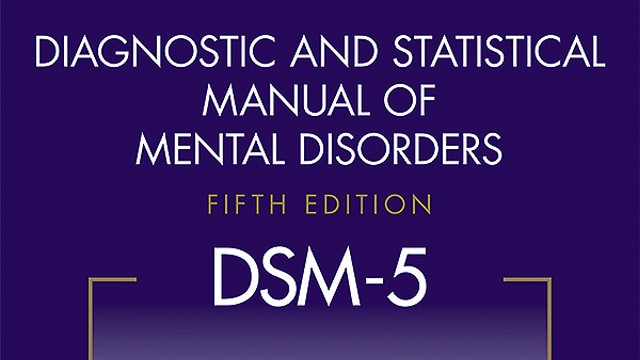 Earlier this year the American Family Association shocked many people when they pointed out that in the new edition of the Diagnostic Statistical Manual (DSM V) from the American Psychiatric Association (APA) pedophilia was defined as an orientation. The classification was very tight and pedophilia, or pedophilic disorder as it was now called, would only be seen as an orientation if the client showed no remorse or felt no guilt over their feelings and there was no risk of anyone being harmed. When this news broke the APA quickly stated that they had made a mistake.

The blog http://alert.psychiatricnews.org said: “APA has issued a statement acknowledging an error in the text of DSM-5 that involves the definition and diagnosis of pedophilic disorder. In a discussion, the text uses the term ‘pedophilic sexual orientation,’ but does not use the word ‘orientation’ in the criteria for pedophilic disorder. APA emphasizes that language in the discussion should have referred to pedophilia as a sexual ‘interest’ rather than an ‘orientation,’ an error that was simply overlooked by editors. In fact, APA considers pedophilic disorder a ‘paraphilia,’ not a ‘sexual orientation.’ This error will be corrected in the electronic version of DSM-5 and the next printing of the manual, the press release points out.”

The blog also said: “The statement notes as well that APA stands firmly behind efforts to criminally prosecute those who sexually abuse and exploit children and adolescents. We also support continued efforts to develop treatments for those with pedophilic disorder with the goal of preventing future acts of abuse.”

All well and good, but what comes next, from a specific spokesman, is more worrying.

Psychiatrist Jack Drescher, M.D., a member of the DSM-5 Work Group on Sexual and Gender Identity Disorders, commented on the error to Psychiatric News, emphasizing that “the language used in DSM-5 does not represent any official position of APA that pedophilia is a ‘sexual orientation.’” He said that he interpreted the description at issue “as an alternative way of saying ‘pedophilic arousal pattern.’ The same could be said for other paraphilia that also are not considered to be sexual orientations.” He added that: “Making more of this issue than it actually means is simply a ‘tempest in a teapot.’”

This is more worrying, not just because Drescher dismisses the concerns of others but because Dr. Drescher appears to see pedophilia, bestiality, and necrophilia as legitimate ways to have sexual feelings.

While the APA states the defining of pedophilia as an orientation as a “mistake” a DSM takes around 5 years to produce and goes through a large number of committees and editing processes.

So why was this mistake not picked up?

While Dr. Drescher, who was on the American Psychological Association’s committee that reported against sexual orientation change efforts (SOCE) and defines SOCE as “torture” (which raises questions about Dr. Drescher’s suitability to now be advising the World Health Organization on this issue), and other gay rights activists may not like it – the early years of the gay rights movement is intrinsically linked to pedophilia. Much of Alfred Kinsey’s research that created his two “ground breaking” reports on human sexuality included the abuse of children and the recording on film of that abuse as well as sexual activity between children which was also recorded. Early activists who have been exposed as predatory pedophiles include Harvey Milk, whose story was turned into a sanitized film by Hollywood. Amongst this rogues gallery of gay rights heroes are founders of pride marches, and even the UK’s Peter Tatchell who has written about the joys of inter-generational sex including with minors. But the gay rights movement refuses to acknowledge this murky past.

Alongside this is an ongoing effort to see pedophilia relabeled. The University of Toronto hosted a major conference with Jack Kinkaid, who has also addressed the pedophile rights group B4UAct who has the declared aim of helping pedophiles not get caught. Kinkaid wrote in his book Child Loving: “If the child is desirable, then to desire it can hardly be freakish. To maintain otherwise is to put into operation pretty hefty engines of denial and self-deception.”

“I think that repressing your fantasies can lead to frustration and ultimately, for some types of pedophiles, to a greater likelihood of doing something wrong. If you make virtual child pornography under strict government control with a label explaining that no child was abused, you can give pedophiles a way of regulating their sexual urges.”

So let’s now put this together and see the possible consequences.

With the various bans on SOCE therapy, the client could even attempt to sue the therapist for attempting to force a therapy onto them that they did not want.

Thanks to the “mistake” from the APA, we have now given power to the pedophile to legitimize their behaviour. Well done! (Note: a version of this article was first published at: http://aflame.blog.co.uk/2013/11/28/the-dark-shadow-of-paedophilia-17108078/)

Phelim McIntyre, N.L.P.M.P. is a member of the Voice of the Voiceless Advisory Board. He is professional counselor and life coach specializing in issues concerning masculinity, including sexual orientation, based in the South of England. He is an ex-homosexual, having come out at the age of 13 and now overcoming SSA. He has now been straight for over 10 years.