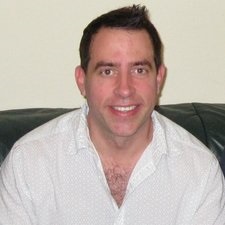 Voice of the Voiceless Advisory Board Member, Chuck Peters

“The Emperor Wears No Clothes” or “The Emperor Has No Clothes” is often used in political and social contexts for any obvious truth denied by the majority, despite the evidence to their own eyes. This title is most appropriate when discussing the current “debate” over prohibiting minors from receiving Sexual Orientation Change Effort Therapy (SOCE) from licensed mental health practitioners.

The urban myth that has been disseminated among the general populace, and apparently most of the representatives in every capital building in every state of the USA on the topic of homosexuality is:  “Born that way, cannot change.” Yet just about every piece of scientific evidence in the literature proves just the opposite of this 40 year old antiquated statement.

Every professor of human sexuality at any major reputable university will attest to the fact that human sexual orientation is fluid.

In fact, even the former President of the American Psychological Association, Dr. Nicholas Cummings, said under oath that he has treated thousands of homosexuals and they have changed to heterosexuals and are living happy lives!

Furthermore, even the courts have recognized that Ex-gays are now a legally protected class and New York Mayor DiBlasio’s wife recently came out as an Ex-gay!

Yet, these foundational facts of human sexuality have seemed to escape homosexual activist lawyers, homosexual elected officials, or homosexual legal aids, and pretty much any author of a bill to ban SOCE therapy.

I have learned that you can’t have an honest debate about sexual orientation change with a homosexual because of their inherent homosexual bias.

Gay activists in our political systems are hell bent on shaming and stigmatizing anyone who believes in these foundational truths about human sexuality. This homosexual bias perpetrated by elected homosexual activists and has turned into a Jedi mind trick on their heterosexual colleagues and general public.

That’s exactly what my experience has been with nearly every heterosexual state representative I met in Pennsylvania, Maryland, Washington, DC and Illinois.

Once the heterosexuals look at this subject objectively through the eyes of science, they’ll realize that shoving the homosexual agenda down a 13 year old’s throat is not only wrong, it becomes another form of child abuse.  Not perpetrated by society but by the homosexual activists themselves.

This was my experience when I testified against the Child Mental health welfare bill in Illinois this week, which passed the most recent SOCE therapy ban bill with a vote of 9-6.

Lesbian Rep. Kelly M. Cassidy is the sponsor of the ill-conceived “Youth Mental Health Protection Act”. This bill does nothing to protect the mental health of any child except to tell a minor child if you have a homosexual thought or feeling, you need to collapse that into your identity, grab your rainbow flag, and live the rest of your life as a homosexual.

Essentially, this bill is another form of child abuse at the hands of the militant gay activists like Rep. Kelly M. Cassidy. If this bill would have been a law when I was a child I would not be writing this article today. When I was being groomed and molested by my gay Boy Scout master at the age of 11, I was suicidal and confused about my sexuality.  On the one hand, I was receiving all the attention, affirmation, and affection from a pedophile, but on the other hand, he was sexualizing our relationship at the same time and taking advantage of my vulnerability.

Essentially, I felt quintessentially “gay” but knew deep down inside that I wasn’t. If it weren’t for the fact that I was able to receive appropriate mental health treatment for my sexual confusion and suicidality from a licensed professional, I know for a fact that I would have killed myself. I would have killed myself not because I thought I was gay, but that I was in so much unbearable emotional pain as a teenager that I naively thought the only way out was to take my own life.

This bill and others that have been introduced through our country only serve to further increase the suicide rate among our teenagers. If you want to kill a minor child, take away hope. This is what this bill and others just like it have attempted to do.

I was shocked but not surprised when I was told by two of the gay activist attorneys’ who wrote and twisted Washington DC’s Council member Mary Cheh’s arm to sponsor a similar bill to prohibit minor children from receiving mental health treatment for unwanted same sex attraction. During our conversation I told them when I was a teenager I had homosexual feelings but didn’t’ want to be gay. They both agreed with me and said when they were teenagers they didn’t’ want to be gay either and then they went further to say that “no teenager wants to be gay.”

This exactly proves why these child abusive bills should never see the light of day. What business does the state have to intrude on a private therapy session between a kid and his therapist? If a child doesn’t want to be gay let him figure it out with his therapist. The state has no business gagging a therapist from allowing a child to grow up and have a natural family and life the life he/she wants to live.

In Illinois, once I and other ex-gays shared the facts of what SOCE therapy actually is,

that there is not one shred of scientific evidence showing it causes harm, and

that folks like myself who have received SOCE are alive and living the lives that they want, many changed their minds. Previously, all they heard were indoctrination and lies by gay activists. Unfortunately, too many on the committee had already been brainwashed.

However, despite their ignorance, I can proclaim that today I feel more loved now than I ever have in my entire life. I no longer want to kill myself and no longer see myself being stuck in the gay community where I never felt right.

Any cognitive behavior therapist will tell you that what you believe about yourself is what you will manifest in your life. It appears that the militant gay activists are still stuck in the 70’s with the ”I was born this way and I can’t change” mantra. It’s about time the gay community caught up with the times and educate the world to the fact that you can live any life you want, including one where you change sexual orientation.

In the meantime, the lives of our suicidal kids are too precious to be left in their own hands. Let them seek the mental health treatment that may save their lives. I know if my life would have been left in my own hands I would be dead. I pray that the children in Illinois will be as fortunate as me.

To sign the petition and tell the Illinois Legislature “Don’t take hope away from children with unwanted same-sex attractions” click here.

Chuck Peters, originally from Arizona, holds a Bachelors of Science in Psychology from the United States Air Force Academy and is the Director of the Sexual Orientation Change Institute in Beverly Hills, California. He is an Advisory Board member of Voice of the Voiceless. For more information, visit: www.VoiceoftheVoiceless.info