After weeks and weeks of video diaries galloping across the internet by gay affirmation proponents who insist they’re different than most other Christians, the religious flavored protest group “Not All Like That” (NALT), still has an insurmountable problem: its headless. That’s frightful imagery but nonetheless true. Since its never easy to talk about the gritty machinations of false religious movements, brace yourself. As a minister and pastor for some 22 years now, I’m obligated by the integrity of my profession to give it to you straight.

The co-founders of NALT are 98% of the reason it already reeks like rotting flesh. Permit me a brief moment to introduce them. 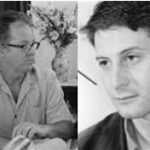 NALT was hatched by notorious exgay witch hunter Wayne Besen. Besen appears to be expanding his hate franchise with solicited religious progay testimonies. Consequently, NALT’s frame was patterned after another internet video diary model called “It gets better”. Besen is Jewish and has only limited third party knowledge of [real] Christianity.

The other founding collaborator of NALT is liberal theologian, John Shore. Shore and his wife, Catherine, believe God must be “irrational, unbiblical, unfair, and un-Christian” because the Bible condemns homosexual practice. It’s this bizarre religious platform that has attracted the like-minded moths to the flame. Shore envisions himself as a crusader for fairness. He must dutifully clean up the mess God has made. This notion of “rescuing Christianity” from the boogeyman fundamentalists amps up the sword weilding causes of people like Shore. Ergo, like some medieval henchman, Besen was a good fit for him.

NALT’s official narrative/parrotive is “Christians proclaiming their belief in full LGBT equality”. Shore claims the purpose of The NALT Christians Project is to give LGBT-affirming Christians a platform to share the belief that there’s nothing wrong with two men having sex with each other. Or two women. Or any of the other emerging variations of new sexual “orientations” that they keep inventing. All in childish error I might add. Its just all about love. Making it “all about love” is a very convenient tool for LGBT affirmers. It allows them to handily dismiss pesky biblical admonitions about sexual purity, moral requirements, obedience to Christ and fidelity to truth as outdated legalism.

Which brings us to the headlessness. The scriptures are very clear as to who’s the head of the church.

“He [Christ] is also head of the body, the church; and He is the beginning, the firstborn from the dead, so that He Himself will come to have first place in everything.” (Colossians 1:18)

So how do Christians who claim to be speaking for Christ, allow someone who denies Christ is the head of the church (or the Messiah for that matter) to lead them? How do you ignore such a foundational tenet of Christian doctrine unless of course, you’re only a holiday and special occasion Christian? Instead of helping homosexuals, NALT actually leads them down a murky path where they too could lose their heads…and their souls.

When people who externally identify as Christian advocate such foreign concepts, it only proves the prophetic ticking of the clock is right on time. Its nothing to be alarmed about, unless you’ve been hidden away in the type of liberal church that treats large sections of the bible like a black conservative at an NAACP meeting. Don’t be alarmed, as we have been forewarned that such times –and people– would make their appearance.

“For the time will come when they will not endure sound doctrine; but after their own lusts shall they heap to themselves teachers, having itching ears; And they shall turn away their ears from the truth, and shall be turned unto fables.” (2 Tim 4:3-4)

And that’s really what NALT is peddling. Cute fables and clever ditties that satisfy the itching ears of those who don’t recognize Christ as head. The lust to justify the unjustifiable has repositioned people like John and Catherine Shore to be played like pawns on a board game.

NALT’s collaborators are finding out that trying to sell extra sweet gay affirming religion to its atheist foot soldiers is a steep climb. The videos were initially met with cold silence which gave way to fits of virulent anti-religion, anti-Christian bigotry.

We should give NALT credit for wanting to reassure some people that Christians are not against them per se. But NALT applies a scorched earth policy to such a noble concept: indiscriminately damning God, his truth and most importantly all the rest of us who believe that our Father didn’t make a mistake when he created the complimentary expression of male and female sexuality. Without God’s divine headship, homosexuality in man is like a ship without a sail, drifting aimlessly out into open waters and dangerous storms. It’s like a body without a head. That’s why there’s really nothing special about NALT. It’s just another sad reminder that the mutating contemporary church is still drifting away from God who tells us neither He nor His word will ever change or pass away. We must love the Nalties, but long after they are dead and forgotten, the truth will remain alive and vibrant. (Malachi 3:6, Luke 21:33, Isaiah 40:8)

Pastor Darryl L. (DL) Foster is the Co-Founder of Voice of the Voiceless and an ordained minister, husband, father, and self-described abolitionist pastor. In 1990, he left homosexuality to follow Christ and subsequently  founded Witness Ministries, Inc. a prominent Christian outreach focused on helping people of color gain their freedom in Christ. In 2010, he also founded and organized the Overcomers Network, an Atlanta based EXGLBT empowerment organization with chapters in 12 US cities.