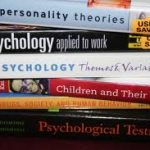 The way a person views the development of same-sex attractions (SSA) greatly influences the way they understand and interpret those attractions, either in themselves or others. This naturally has a significant effect on public opinion as well. As a man coming from an SSA background, it is important to me that available evidence be examined in a truly objective and critical manner. It would be naive to think that the social, political, and cultural climate do not have an influence on what can be hypothesized, researched, or taught in public universities.

We’ve all had professors with particular social agendas that bleed into the course material and, even in my short time as a student of psychology, I have heard narrow-minded and partially-informed opinions about SSA presented in class as unarguable absolutes. These conclusions were in fact honestly drawn from evidence, though I would argue that not all available observations were taken into consideration, nor were the conclusions submitted to the same level of critical scrutiny that other studies typically are. However, I do believe that such professors are genuinely well-intentioned and motivated by a sense of compassion, which is much needed in regards to this topic.

As for having holes in our understanding, I think that if we are honest, we’ve all had moments where we have had to humbly adjust our views because of some pertinent pieces of information we had hitherto never been exposed to. That process is part and parcel for any student and really should be a part of the thinking of any adult living in our current Information Age, where it is estimated that all of human knowledge currently doubles every 1-2 years, and will double every 73 days by the year 2020. We must accept that psychology is a work in progress and, though the models we have now are good ones and the best that incredibly intelligent people have come up with, they may need adjustment as more is learned.

This being the case, I thought it would be of value to take a thoughtful look at what some current psychology textbooks have to say about SSA and sexual orientation. I believe this to be a good starting point to compare what different disciplines of psychology have to say on the topic and what research they reference to support their ideas. I will compare the evidence with the observations and theories regarding the development of SSA held by sexual orientation change effort (SOCE) therapists. In this series of articles I will take a close look at the following three textbooks.

Aaron Bitzer is the Secretary of Voice of the Voiceless. He has experience in teaching and curriculum design, including five years of working to integrate technology into elementary academics and six years working overseas as an English Conversation Instructor in Japan for children and adults of all ages. He holds a BA in Film and Television and an MFA in Animation, both from UCLA. His short films have won several awards as well as international recognition. He is currently furthering his education with courses in psychology with the goal of becoming a therapist.