We all want progress, but if you’re on the wrong road, progress means doing an about-turn and walking back to the right road; in that case, the man who turns back soonest is the most progressive.   C.S. Lewis

As parents of children with SSA, we have often driven down wrong roads. I’m sure that none of us bought tickets for this trip, but 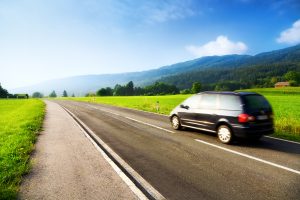 before we even knew it, we were all buckled in and on our way. Journeying on the SSA road often brought us to intersections where we made the wrong turn. After that turn, we didn’t seem to be making any progress.  We argued, tried to interpret old maps, and then gave up when rejection was the only response we’d get. We sometimes looked for better directions, but we just couldn’t find them. Our destination, all we really wanted, was our child’s happiness. Instead, it seemed that we were driving away from our goal. We were frustrated, seemingly alone, and confused. Signposts, erected by ordinances, indicated that we were going in the right direction. But what we experienced as we looked at the passenger seat was our child, completely fixated on what was outside his window, a window to his future filled with promises of a love that he somehow didn’t see in the front seat or in the passenger seat beside him. When we finally admitted to having made that wrong turn 50 miles ago, we didn’t want to admit to having traveled so far in the wrong direction. So, we thoughtlessly continued for 50 more miles. At one point, a bright light blinded us; and we swerved and came to a halt.  We got out of the car, saw the light and we knew. The direction we had taken was clearly the wrong way. We had to turn back.  It was uphill most of the way, and not everyone felt very safe as we drove against the traffic; but we made it back to that intersection.  One hundred miles later, at that crossroads, we studied the oldest map more carefully and realized that we’d have to go back to Father’s house, and then go on from there.

For our family, prayer, conversion and faithfulness brought us to the solution.  May God truly bless you on your journey and bring you and your family to life, a life to the full. John 10:10.