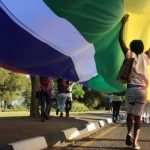 Discussing the subject of Homosexuality, to say the least, it is one of the most controversial and politicized subjects to be discussed in our day. However, a discussion that is needed and very seldom, if ever discussed is the matter of people coming out of homosexuality, and those who live with unwanted same-sex attraction. These are referred to as former homosexuals.

People with political driven agendas want us to believe that former homosexuals do not exist, because, according to them, people are born gay and cannot change. Persons who do not identifying themselves as gay, are often labelled as people with internalized homophobia, liars, pretenders, frauds, fakes and more. The truth is that we do exist. We are right here in South Africa. We are here to stay, and people will have to get use to it.

Who is a former homosexual?

Not so with former homosexuals. Former homosexuals do not believe that homosexuality is innate, have left the homosexual life and believe change is possible. Many have experienced complete sexual orientation change, but some still have same-sex attractions. Therefore, it may be difficult for them to identify as heterosexual. However, they do not identify as “gay.” They are stuck in the middle, especially for those who choose to live lives of chastity but have remaining same-sex attractions.

Talking about change, needs more clarification, seeing that there are very often contradicting opinions about sexual orientation change. Change should not be seen in strictly categorical terms, where change is an all-or-nothing-experience. NARTH points out:

“When change is viewed in absolute terms, then any future experience of same-sex attraction (or any other challenge), however fleeting or diminished, is considered a refutation of change. Such assertions likely reflect an underlying categorical view of change, probably grounded in an essentialist view of homosexual sexual orientation that assumes same-sex attractions are the natural and immutable essence of a person.  What needs to be remembered is that the de-legitimizing of change solely on the basis of a categorical view of change is virtually unparalleled for any challenge in the psychiatric literature.”[i]

Change should rather be seen as something occurring on a continuum.

“This is in fact how sexual orientation is defined in most modern research, starting with the well known Kinsey scales, even as subsequent findings pertinent to change are often described in categorical terms. NARTH affirms that some individuals who seek care for unwanted same-sex attractions do report categorical change of sexual orientation.  Moreover, NARTH acknowledges that others have reported no change. The experience of NARTH clinicians suggests that the majority of individuals who report unwanted same-sex attractions and pursue psychological care will be best served by conceptualizing change as occurring on a continuum, with many being able to achieve sustained shifts in the direction and intensity of their sexual attractions, fantasy, and arousal that they consider to be satisfying and meaningful.”[ii]