American pro-family advocate Peter LaBarbera and his Canadian Christian host Bill Whatcott have reportedly been arrested in Regina, Saskatchewan. It is believed that biblical “hate speech” may be the charge. Canadian radio station CJME has further, liberally biased details: Peter LaBarbera, the controversial head of an American lobby group that has been labelled a hate group by the South (ern) Poverty Law Center, and Bill Whatcott, an abortion activist who has a history of legal troubles in Saskatchewan, were taken into custody by the Regina Police Service. News Talk Radio’s Kevin Martel observed police officers tell the two to leave the school’s campus or risk being arrested; after some discussion the men refused to move and were arrested for trespassing.

LaBarbera and Whatcott were in Weyburn over the weekend to speak at a pro-life conference. They were at the school attempting to hand out anti-abortion and anti-gay pamphlets, flanked by large placards depicting aborted fetuses. It isn’t the first time Whatcott has been in trouble with the law in Saskatchewan. Several human rights complaints were filed against him after he handed out anti-gay pamphlets more than a dozen years ago. The case went all the way to the Supreme Court of Canada, which found Whatcott has violated the province’s Human Rights Code. He was ordered to pay a fine of $7,500.

Meanwhile, Twitter erupted last night with the news of the arrests. After tweeting the article, self-proclaimed “Mainstream Journalist” and “Critic of the Christian Right” (not sure how that constitutes Mr. Airhart as mainstream) replied to my posting of the article (which he later edited):

To which I replied:

@mairhart I guess the relevant question is, do YOU support free speech for @PeterLaBarbera and all others, or just for those you agree with?

He then followed with several tweets:

For the record, I support human rights AND free speech. However, I do not support special rights for some at the expense of free speech for others. This is apparently what the Canadian Human Rights Code entails, not that I am an expert on Canadian law. While I cannot defend or verify Labarbera’s positions on all of the accusations that Airhart makes, I do not believe Labarbera and Whatcott posed any significant threat to the LGBT community in Canada, nor is Airhart’s claims of defamation accurate.

As a “mainstream journalist” Airhart should know that defamation entails a specific individual, not a general group of people. Nonetheless, Labarbera opposes homosexual behavior, not homosexual-identified persons. I know Labarbera and have spoken to him on more than one occasion. While I do not support all of his positions and share all of his views, I do not believe he is a hateful man, comparable to Fred Phelps. Labarbera is genuinely concerned for individuals who take part in homosexual behavior and has invested a substantial amount of his career to bringing attention to the risks of homosexual behavior. He is not shouting on the streets that “God Hates Fags”…his materials and views, while distasteful to some, are based on medical science. That LGBT activists so desperately want to shut him up and support his incarceration says a lot for their agenda: “tolerance for some, totalitarianism for others.” 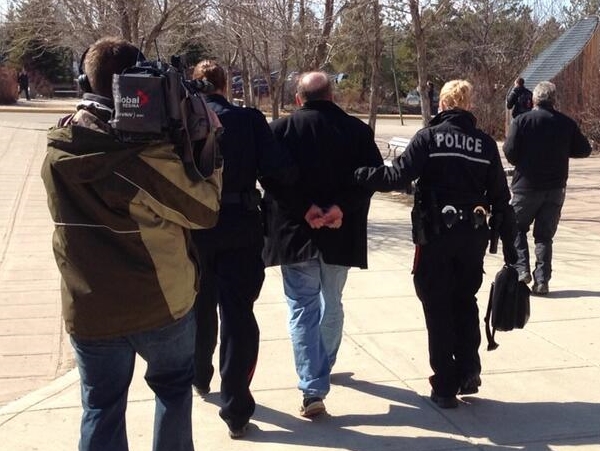 Christopher Doyle is the President of Voice of the Voiceless, the only anti-defamation league for former homosexuals,   individuals with unwanted same-sex attractions, and their families. For more information, visit: www.VoiceoftheVoiceless.info