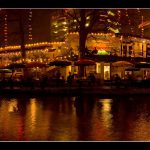 A number of weeks ago, San Antonio Texas proposed a change to the city’s anti-discrimination ordinance that would deny a city appointed office or city sponsored contract to anyone who spoke out publicly against homosexuality. At first glance, this policy appears to be a bad blow for ex-gays and those who hold conservative values. Aside from the quagmire of First Amendment Free Speech Rights issues which it is bound to bring up, the situation may not be as dire as it looks.

When it comes to the issue of homosexuality, ex-gays and conservatives are operating significantly behind the power curve. Liberals and gay activists have spent the last several decades slowly but surely steam-rolling through our government and professional organizations.  If we are to change the way our society is going, we need to adapt to our current social environment and use the legalization of tolerance and non-discrimination to our advantage. For example, we need to adjust our approach from negatively talking about homosexuality, to talking positively about the benefits of abstaining from homosexual activity and supporting those who choose to undertake psychological treatment for homosexual feelings and desires.

With this perspective, San Antonio’s new policy on discrimination is a two-edged sword, one which can be used to our benefit as much as to our detriment, especially since in 2009 a federal judge in Washington D.C. ruled ex-gays to be a protected sexual minority under non-discrimination laws. We have been handed the same legal protection given to pro-gay activists if we have the strength and intestinal fortitude to stand up and demand that people respect it. San Antonio may feel like a loss now, but it is one which can quickly turn into a victory if we use it in our favor.

Nathan Ruark is an Advisory Board member of Voice of the Voiceless. He carries the rank of Specialist in the Michigan Army National Guard where he works as a radar repairer, and holds a Bachelors of Science degree in Psychology from Grand Valley State University. He has volunteered with Sexual Orientation Change Effort (SOCE) programs for the previous 10 years and publicly advocated for SOCE rights for the past 4 years.